When it comes to choosing the right car that sells at a good price and has good fuel efficiency, compact cars are the typical go-to choice. These cars are ideal for city driving, where you don’t need a lot of power to maximize its use. Nevertheless, there are still many compact car owners that wish their sedans carried more horsepower in their engines.

It was with this in mind that the Chevrolet Cruze started to come with a standard turbocharged engine. The idea was to improve the car’s performance by using recycled gasses. Conceptually, it did sound promising at the beginning—until owners started to report turbo problems with regards to overheating, valve issues, as well as problems with oil, coolant, and transmission.

Because of this, a lot of Chevy Cruze turbo replacements and upgrades entered the market, promising to solve these issues and give a better performance.

But because not all vehicle owners are exactly automobile-savvy, a lot of Chevy Cruze owners still come to us with questions about how to tell if a turbocharger needs repair or replacing. For that reason, we’ve laid out a couple of tips for car owners to easily tell when it’s time to get a Chevy Cruze turbo replacement.

Now, there are a couple of ways to easily tell whether you’re starting to experience turbo failure.

If you drive your car pretty regularly, you should be accustomed to how strong and powerful your turbocharged engine is. If there comes a time, then, that you notice that your car isn’t accelerating as powerfully as it once did, then it’s time to pay closer attention.

Is your engine reacting slower compared to how it used to? Have you been struggling to maintain high speeds on the highway recently? Or maybe you’ve noticed that you’re no longer able to reach those top speeds you once were able to.

All these signs could point to turbo failure.

Another significant factor to determining whether you’re having turbo trouble is the way your engine sounds. Because turbochargers often dampen the sound of air intake, this actually makes the engine quieter.

So if your noticing that the engine is louder (but slower) during acceleration, or if you start to hear a loud whining noise similar to a dentist’s drill, then it’s about time to consider looking for a Chevy Cruze turbo replacement.

It may still be possible that the noise isn’t coming from your turbo. However, if you notice any unusual sounds in your engine that weren’t there before, it’s always a good idea to have your car checked before things get worse.

With time and use, machine parts tend to wear themselves out. When it comes to turbos, cracks in the turbo housing or damaged internal seals lead to your exhaust emitting a blue/grey smoke. This usually happens because oil is leaking into your exhaust system. To avoid any more extended damages, make sure to get these cracks fixed as soon as possible.

That glowing check engine light on your dashboard could mean a variety of things are causing problems in your engine. One of those problems involves turbo failure. One way to determine that the possible problem lies with your turbo is to check and see if you have any of the other symptoms mentioned above.

However, even if you did, it would still be best to have a professional check and diagnose what, exactly, is causing you engine problems. If the mechanic says you need to get a Chevy Cruze turbo replacement, then it’s a given that the problem lies with the turbo. 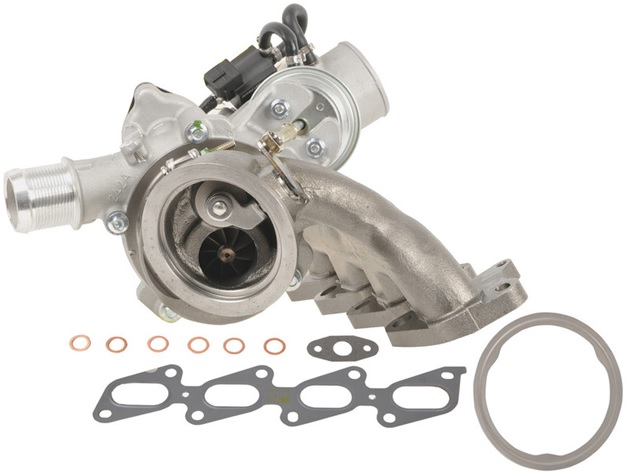 What’s interesting about turbochargers is that they’re supposed to be extremely reliable. However, sadly, this wasn’t the case for the first generation Chevy Cruze (2011 to 2015). In fact, out of the 85 Chevrolet generations, this first gen Chevy Cruze has even been granted the title of “the worst Chevy you’ll ever purchase”.

This reputation was, of course, brought about by the numerous reports of turbo failure that were happening to Chevy Cruze owners.

That said, if you yourself have owned this Chevy Cruze for quite some time now, and don’t have any plans of selling it and buying a new car, it’s important to know, then, what are some of the factors that cause turbo failure. That way, you’ll be better-equipped to lessen the stress and minimize the damage that your turbocharger incurs.

Good lubrication is your car’s life blood. A lack of oil in your engine (or using poor quality engine oils) can result not just in turbo failure but in damages to your engine as well. Regular oil maintenance, therefore, is a must. And generally, you’ll want to change your engine oil at least every 5,000 miles to ensure that the oil in use is clean.

It’s inevitable that dirt or other foreign objects or contaminants will somehow make their way into your turbocharger through the compressor. This dirt can affect the overall efficiency of your compressor, and even damage it over time.

Because a well-lubricated turbocharger is essential to its longevity it’s important to also constantly check the seal between the turbo compressor and the engine. Make sure that these oil seals are in good condition, without any cracks or leaks.

Keeping an eye out for all these signs and symptoms is important not just to ensure that your turbochargers are working properly, but to also ensure that your car isn’t about to run into any potential problems. When it comes to vehicle maintenance, it’s always good to take a proactive approach towards preventing any damages from occurring. But if you’re at that point where you know you need a Chevy Cruze turbo replacement, then check out the rest of our website where you can easily get a replacement.